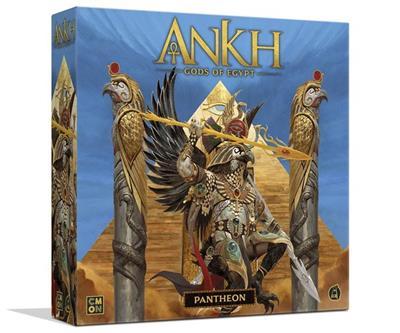 The Pantheon expansion for Ankh: Gods of Egypt introduces a whole new set of five Egyptian gods, each bringing their own abilities and warriors to the fight against oblivion. The introduction of each new god into the game not only gives new options to the player who controls them, but also changes the landscape for everyone on the table. New strategies and dynamics arise as different mixes of gods are pitted against each other, and the Pantheon expansion increases these combinations exponentially!